Do you find federal tax forms confusing? If so, you are far from alone. The IRS has a database of thousands of various forms, possibly even tens of thousands. You’ll likely not come across many of them over the course of your life, but when you do, they can be new to you and rather confusing. Early-age adults just starting out in their careers might be lucky enough to just fill out a 1040EZ for their annual return, but once your income and financial assets start growing in complexity, so too will the number of federal tax forms you might have to use every year. Also, some might have to be filed quarterly.

Where Can You Get Them?

Commonly used forms are sometimes available at federal offices, like the post office. Every ZIP code across the United States is required to have its own post office, so there is one where you live. However, while the clerks at the service counter might have the sheets of paper to hand over to you, they’re not going to be a source of answers or information about getting the right one or filling them out.

The more common way to get your hands on them in this day and age is online. The IRS website, as well as many other websites, have copies of the forms, often in a PDF format. The Portable Document Format is common because Adobe Acrobat Reader is a free program any laptop or computer can download and run, so anyone can access such files.

In some cases, you can fill out these forms digitally for electronic submission, but you can also print them out on paper the old-fashioned way. If this is done, make sure the printer is set to ‘fit to page’ or a similar setting, so that nothing gets cut off on the periphery of the pages. Having said that, also check to see what pages are set to print. Many tax forms have many pages of instructions you might not need to waste paper on.

Do You Have The Right Year?

Complicating the abundance of federal tax forms is the fact that many are not the same year after year. Even if a tax form is identical from one year to the next, the forms might have different years 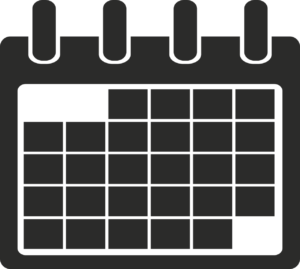 listed on them to indicate which tax year they apply. A form might go unchanged for five years, but that doesn’t mean the 2014 form can be used for 2016 taxes.

On top of that confusion, you have to remember that tax forms sometimes ‘run a year behind.’ For instance, if you’re trying to prepare documents for your tax professional at Vitale & Associates in time for the April 2018 tax deadline, you’re not going to look for tax forms that say 2018 on them. Depending on your situation, you probably need the 2017 forms, since you’re likely getting things together for a qualified professional to prepare your taxes from the previous calendar year. it’s always a good idea to confirm with your tax professional that you have the right form prior to filling it out.

How Do You Fill Them Out?

As mentioned earlier, many federal tax forms come with copious instructions on how to fill them out. However, those instructions can be quite technical in their jargon and full of confusing information. Working with a tax professional can help you find guidance through all this, although there’s something to be said for the simplicity and peace of mind of just letting your tax professional handle it for you whenever possible. Doing so speeds up refunds and minimizes your stress and risk of penalties or complications.

Click Here If You Need Help With Your Federal Tax Forms!

This site uses Akismet to reduce spam. Learn how your comment data is processed.